While perusing my very well used copy of The Vampire Book: The Encyclopedia of the Undead, by J. Gordon Melton, PhD, to learn about various vampire mythologies, one thing struck me: It used to be very easy to be suspected of being a vampire or to have the potential to become one.

“Used to be” encompasses a broad swath of time, but generally speaking during the 18th and 19th centuries and primarily, but not exclusively, in Europe. Mass hysteria swept through many countries on the continent, and similar to the witch trials in New England (but occurring more than a century later), people who didn’t follow the social mores of the day often found themselves or their loved ones accused of vampirism. The main difference here is that death didn’t exempt you from accusations. But that’s another story. For now, let’s determine if you or any of your friends and loved ones are, or might be, or might become, a vampire.

Because there are so many ways vampire status could be achieved, I’ve decided to break this into three parts.

Are you allergic to garlic; do you do your best to steer clear of it?

What about salt? Does it burn your skin?

Do loud noises offend you? What about thunder–be careful, because it could kill you if you’re a vampire! (This applies mostly to the chiang-shih* of China, but it’s good to be thorough)

What about holy symbols (such as the crucifix)? Do those agitate you?

Can you walk over a threshold without being invited in? If not, well…you know what that means.

Are you able to cross running water? I sure hope so, or else!

Do you find you can only sleep when on your native soil?

So, what do you think? Are you a vampire?

The ideas listed above were found in The Vampire Book: The Encyclopedia of the Undead in the following sections:

*There are several spellings of chiang-shih, but The Vampire Book: The Encyclopedia of the Undead uses this spelling.  (p. 98)

She’s a bit prickly and no one has ever called her nice.

But she gets stuff done. And when you’re the vampire running New York City, you get stuff done-nice doesn’t figure into it.

You can read more about Eliza in Turning Point.

Being the sole vampire in the small college town of Albion, Michigan means Adam never goes hungry. It also means the residents are safe – for the most part. Dead humans tend to scare away living humans, and that’s no good for Adam.

Self-control, manipulation, and demanding the will of others to bend toward his desires, Adam plays a precarious game with the lives of those he encounters.

If you let him win, maybe he’ll let you live. 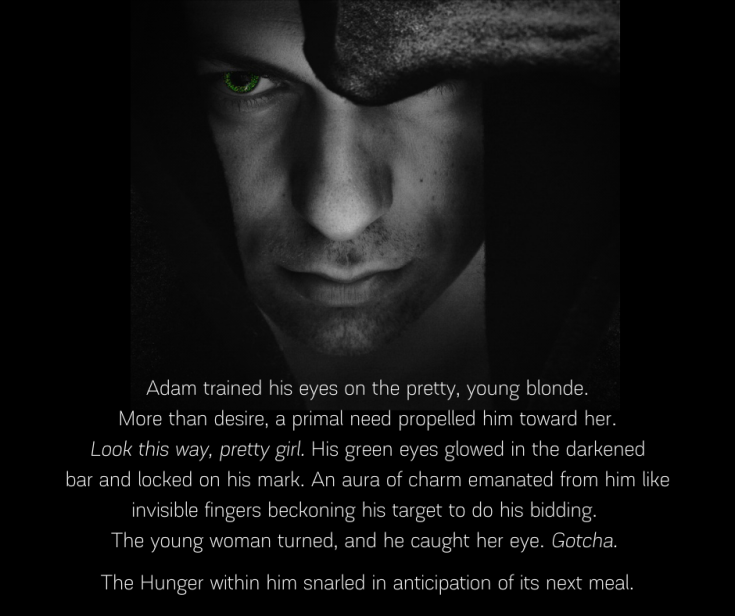 She’s the heroine of this story. Somewhat naive, but brave all the same. She gets herself into trouble and always finds her way out. 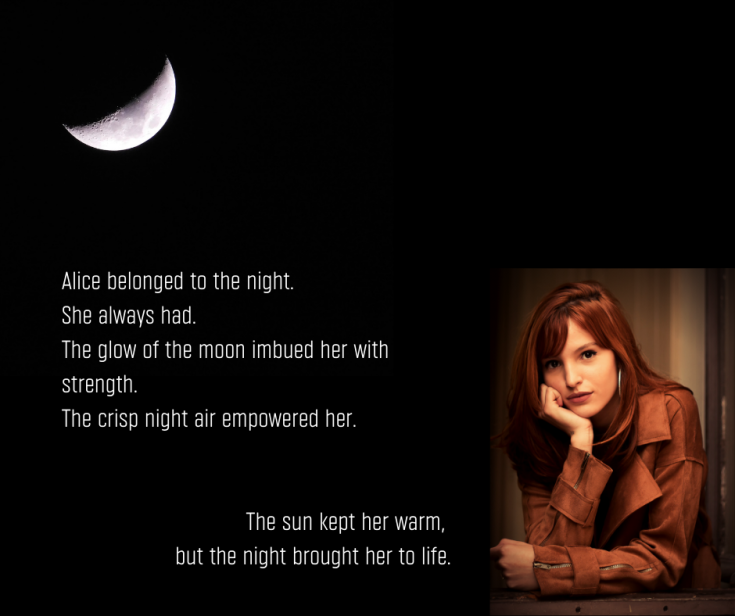 Something big is heading her way…will she survive?

Will she ever be the same if she does?

Read Turning Point to find out!

Today, I’d like to talk about one of my favorite authors: Anne Rice.

The featured image was first used in a post about how I came to be in possession of the books shown. Click here to read it.

When I was 20 or so, a friend of mine lent me her copy of Interview with the Vampire. I devoured it. I couldn’t get enough of Louis and Claudia. Even Lestat, bad guy that he was, got under my skin and found a permanent place in my heart. I had never read anything like it. And to find out there was a series and a whole universe of the sexy, mysterious, melancholic vampires out there. I needed to know more, to read more, about them.

Over the years, I’ve read several other vampire authors, and don’t get me wrong, I love finding a new series or a new author, but I can never forget the influence that Anne Rice has had on me and on my writing.

Who are your influences? Or, do you find yourself gravitating toward the same person, writing style, genre? Leave me a comment and let me know.